Irene Miriam Greenberg Bronstein died peacefully on Wednesday, December 30 in Boynton Beach, Florida at the age of 93. Born in Syracuse to Isadore and Sadie (Share) Greenberg, she spent her life in Syracuse. Irene remained fiercely independent in her later years despite her physical limitations. She was very proud of her family. She taught her children the value of hard work and the importance of giving back to the community. Seeing and hearing from her grandchildren and great-grandchildren was one of her greatest pleasures. Irene volunteered her time to the Syracuse Jewish Federation, Temple Adath Sisterhood Torah Fund and the Annual Jewish Home Charity Golf Tournament. She was a longtime member of Lafayette Country Club where she was an avid golfer. She was a voracious reader of books, magazines and newspapers.
For the last 40 years, Irene wintered in Florida. In recent years, she enjoyed her regular canasta games and attending the theater and ballet. Irene was predeceased by her husband of 53 years, Irving, who died in 1996. She is survived by her three children: Dianne (Richard) Goldman, Neil (Jan) Bronstein and Gary Bronstein; her grandchildren: Scott (Jane), Jonathan (Rebecca), Jason, Ethan (Amelia), Joel, Philip and Katherine; her great-grandchildren: Henry, Sadie, Elliot and Max. Funeral services will be at 2 p.m. Sunday, January 3, at Sisskind Funeral Chapel. Friends may visit with the family immediately prior to the service on Sunday from 1 to 2 p.m. at the funeral chapel, 3175 E. Genesee Street. Burial will be in Adath Yeshurun Cemetery. Shiva will be observed at Neil and Jans home, 5002 Saddlebrook Drive, Fayetteville on Sunday evening. Contributions in Irenes memory may be made to Syracuse Jewish Community Foundation.
Published in Syracuse Post Standard from Dec. 31, 2015 to Jan. 3, 2016 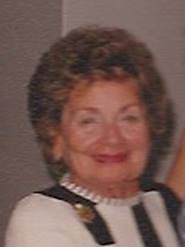