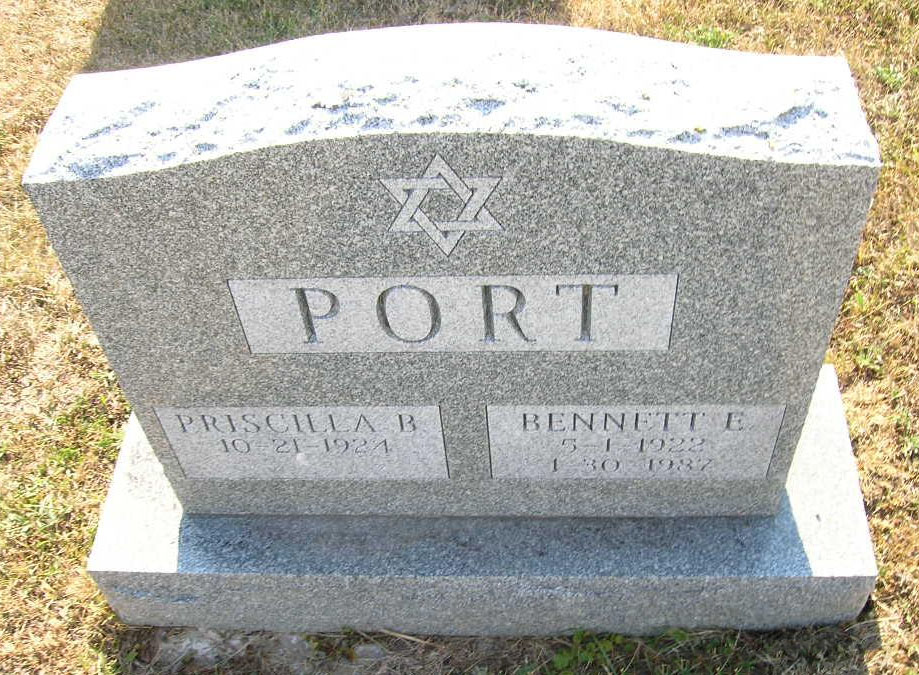 Priscilla Port, 87, a lifelong resident of Syracuse, died Tuesday, May 15, 2012 at Menorah Park. She was a 1945 graduate from the Crouse School of Nursing and worked in the hospital until her retirement in 1987. After retirement, Priscilla continued at the hospital as a volunteer. She was a member of Temple Concord, and was predeceased by her husband, Bennett Port in 1987. Survived by her son, Robert (Jane) Port; daughter, JoAnn Port; four grandchildren, Leah Utech, Rebecca, Jennifer, and Anna Port; and great-grandson, Joshua Utech. Graveside services and burial will be conducted 11 a.m. on Thursday, May 17, 2012 at Adath Yeshurun Cemetery. There will be no calling hours. Contributions may be made to the Crouse Hospital College of Nursing, 765 Irving Avenue, Syracuse, NY 13210.
Published in Syracuse Post Standard from May 15 to May 16, 2012
Burial Location
445