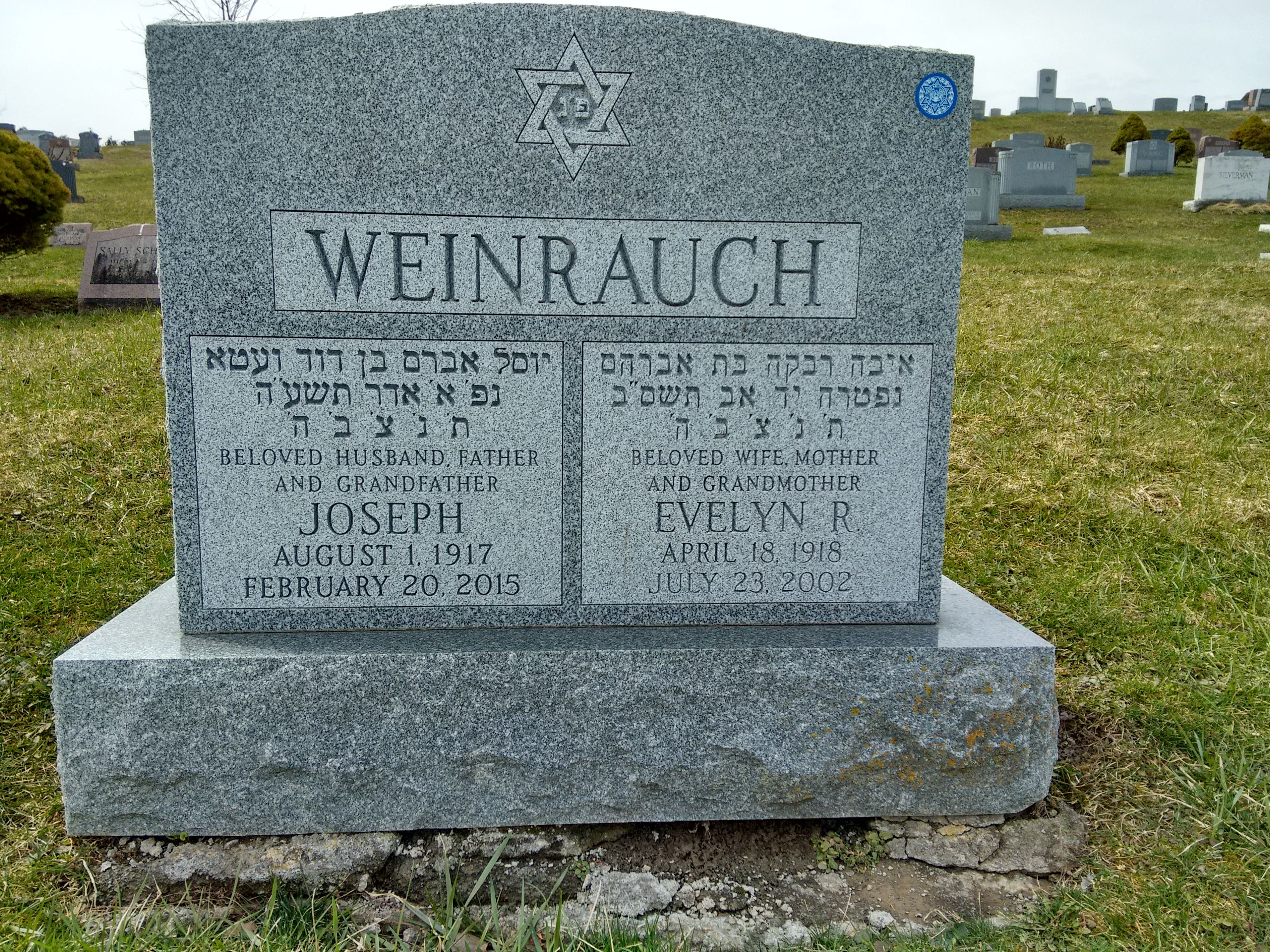 Joseph Weinrauch, 97, died Friday morning at his home. Born in Harlem, NY in 1917 to Ettie and David Weinrauch, he had been a resident of the NYC area until 1993 when he and his late wife Evelyn moved to Syracuse to be closer to their family. He was a proud veteran of the US Army having served with the 41st Infantry Division in the South Pacific. He received a bronze star for his service. After the war, he met his future wife at a USO dance. They were married shortly after and began their life together. He was a former commander of The Schiff Center JWV in the Bronx, and also a member of The Onondaga Post 131 JWV.
Joey was a postal clerk in midtown NY until retiring. He was active in the Co-op city Anglers club, the Democratic committee, and until very recently he would go to nursing homes with his dear friend Mike Burns, and entertain the residents with songs and dance. As a spry 97 year old, he was the life of the party. He was a voracious reader. He was especially proud to have received an honorary high school diploma from F-M High School when he walked with his grandson and the other graduates of the class of 2004. He was a member of Temple Adath Yeshurun. His wife Evelyn died in 2002. His family includes his daughter, Audrey (Richard Zwirn) Weinrauch; grandchildren, Danielle (Rob), Eric (Andrea), Allison (Monica); and a large and loving extended family. Poppa Joe will be lovingly remembered for his fierce love and support of his grandchildren whom he adored. He will be greatly missed by those who were so fortunate to have had him in their life. Funeral services will be at 3 p.m. Sunday February 22 at Sisskind Funeral Chapel. Friends may visit with the family on Sunday from 2 to 3 p.m. at the funeral chapel, 3175 E. Genesee Street. Burial will be in Adath Yeshurun Cemetery. Contributions in his memory may be made to the Minyan Fund at Temple Adath. Shiva will be observed at Audreys home Sunday evening through Thursday from 7 to 9 p.m. each evening.
Burial Location
S93