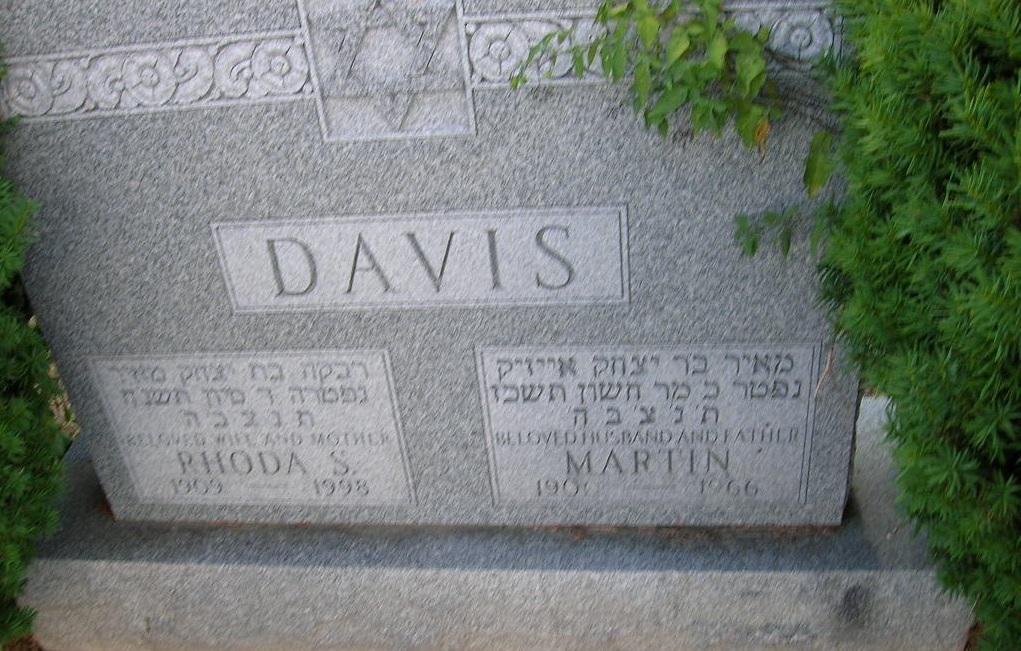 
Rhoda Schaffer Davis, 88, of Fayetteville died Friday at Iroquois Nursing Home. Born in Jagielnica, Austria, she moved to the United States in 1919. She lived and was educated in Philadelphia, Pa., and New York City. She worked at the corporate offices of Redbook Magazine in New York City before moving to Syracuse 65 years ago. She was a member of Hadassah Temple Adath Yeshurun and its sisterhood, a member of Bnai Brith Womens Organization, the Order of Eastern Star, a member and volunteer of the USO of CNY and Jewish Home of Central New York Auxiliary. Her husband, Martin, who was president of the Northern Dairy Cattle Corp., Syracuse, died in 1966.
Survivors: A son, Irwin L. Davis of Fayetteville, executive vice president of the Metropolitan Development Association; a sister-in-law, Sadie Schaffer of Syracuse; several nieces and nephews.