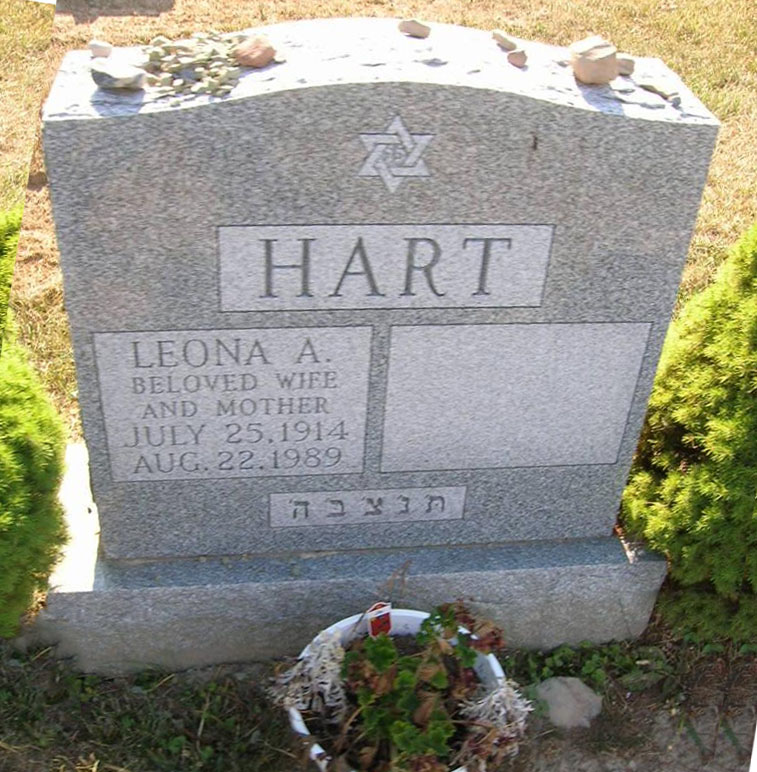 
0Services for Leona Altman Hart, 75, of 4894 Northgate Drive, Manlius, who died Tuesday at Crouse Irving Memorial Hospital, will bell a.m. Friday at Birnbaum Funeral Chapel. Burial will be in Adaih Yeshurun Cemetery. Calling hours will be 10 to 11\' a.m. Friday at the funeral home, 1909 E. Fayette St. After services,
friends may call at the family home. Mrs. Hart was a life resident of the Syracuse area. She and her husband, Earl E. Hart, retired in 1978 as the owners and operators of Hart Jewelers, with stores on East Fayette Street in Syracuse and in the Manlius Mart Mrs. Hart was a member of Temple Adath Yeshurun, its Seniors Group, the Fayetteville Chapter, OES, and Hadassah. Surviving besides her husband are a son, Howard of Los Angeles; two daughters, Rosalee Yahn of De Witt and Saralee Fisher of Fayetteville; a sister, Irene Finkelstein
of Syracuse; six grandchildren; and a great-granddaughter.
Contributions may be made to Temple Adath Yeshurun or the Manlius Volunteer Fire Department Ambulance Fund.