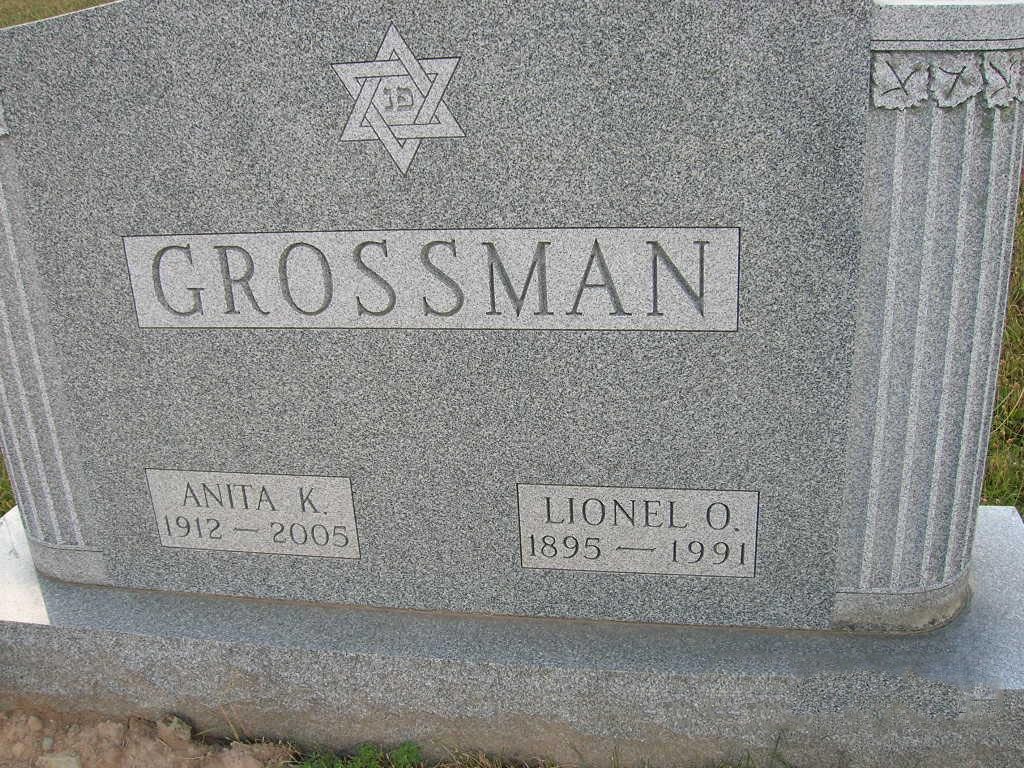 Anita GrossmanMay 8, 2005 Anita K. Grossman, co-founder with her late husband, Lionel of the Syracuse Cerebral Palsy Clinic, died Sunday, May 8 at her home in Boca Raton, Florida. Mrs. Grossman had suffered poor health for the past several years. Her immediate cause of death is believed to be cancer. Mrs. Grossman was 92. The impetus for the creation of the clinic by Mrs. Grossman and her husband was the birth of the couples daughter, Faith Linda Grossman in September 1943. Faith was born with Cerebral Palsy. They were shocked and frustrated to learn that there were no treatment facilities or trained physicians within several hundred miles of their home in Syracuse. Thus began a crusade by them to construct a facility for the rehabilitation of the brain damaged victims of the affliction. Mrs. Grossman and her husband worked tirelessly for three years to mobilize the community and raise the funds necessary to build and staff the clinic. In 1948, the Syracuse Cerebral Palsy Clinic (now called Enable) opened its doors to children and adults on the grounds of the former Weiting Johnson Hospital on outer Salt Springs Road near the ultimate site of LeMoyne College. Anita and her husband remained active leaders and generous contributors of the clinic for their entire lives. Through their gifts, the clinic is currently constructing a new wing principally to house an aquatic therapy pool. It will be called the Lionel O. and Anita K. Grossman wing. When informed of the death of Mrs. Grossman, Enable Executive Director Sarah Woll Bollinger said that the Grossmans were the "living example of people who step in to make sure that something that does not exist comes into existence." Ms. Woll Bollinger believes that some quarter of a million children and adults have received the services of the clinic since it was founded 57 years ago. Mrs. Grossman was an enthusiastic and active supporter of Syracuse University and its College of Law from which her husband graduated in 1916. She and her sons, Murray and Richard, were the sponsors of the Lionel O. Grossman Trial Competition which has been nationally recognized as among the very best. The founder of the Sigma Delta Tau sorority of Syracuse University, Mrs. Grossman was deeply committed to the young women of SDT and remained in close association with the generations of young women who were members. Along with her late husband, she was a devoted fan of the Syracuse football program and during her years in Syracuse rarely missed a home or away game. In her later years in her home in Florida, she would watch every televised football and basketball game wearing her "Orangemen" cap slightly askew on her head. "I still bleed orange", she told her children and suffered terribly with every loss. She was a Bronze Master bridge player and competed during her active years in innumerable contract bridge tournaments. In her late 80\'s when she was limited in her mobility, she purchased a computer, took instruction and became sufficiently skilled to watch and play competitive bridge in cyberspace. Mrs. Grossman was the only daughter of the four children born to Meyer and Etta Klein in Malden, MA. She leaves five children, Murray A. Grossman, MD of Syracuse and Park City, Utah, Richard, an attorney in Warren, VT, Virginia Bethany of Brockton, MA, Faith, who lives in greater Miami, and Susan Berglow who lives with her husband in Boca Raton, Florida. She leaves 16 grandchildren; and 10 great-grandchildren. Funeral services for Mrs. Grossman will be held at Temple Adath Yeshurun beginning at 2 p.m. Wednesday, May 11. Friends may call from 1 to 2 p.m. Wednesday at Temple Adath Yeshurun, 450 Kimber Rd. The family has requested that those wishing to do so make a contribution in her memory to Enable, Temple Adath Yeshurun or the Syracuse University College of Law. Birnbaum funeral service, inc
Published in the Syracuse Post Standard on May 10, 2005
Burial Location
232