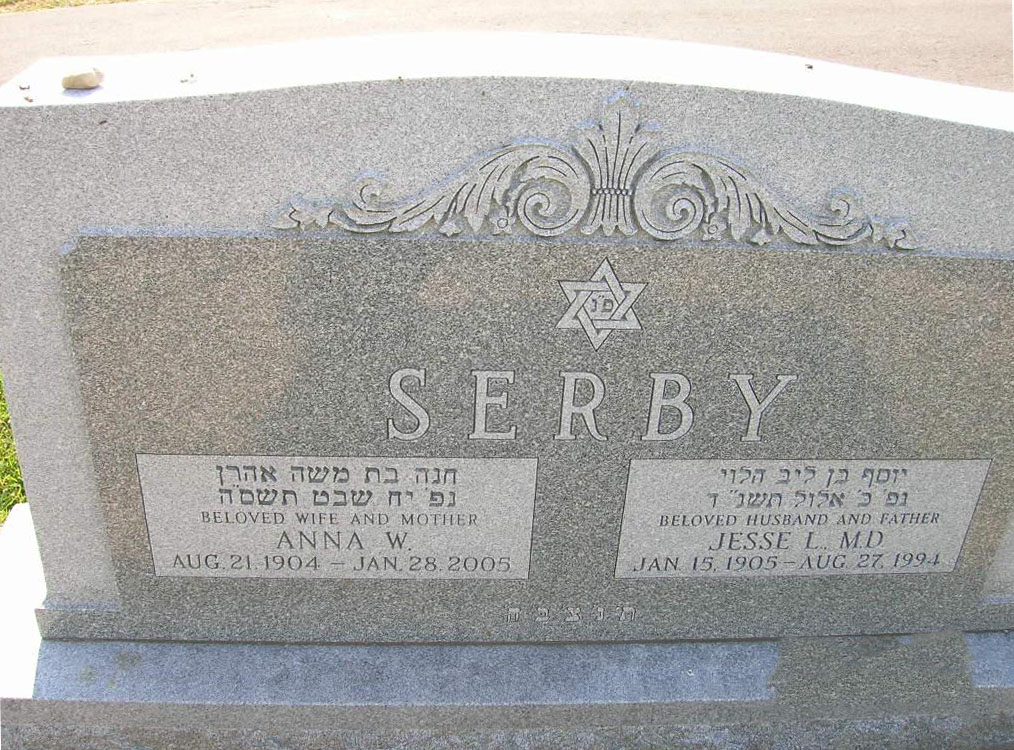 
Post-Standard, The (Syracuse, NY) - Saturday, January 29, 2005
Anna W. Serby January 28, 2005
Anna W. Serby, former resident of Syracuse, died Friday in Canton, MA. where she had been a resident for the past 12 years. Mrs. Serby was a graduate of Syracuse University with a degree in Accounting. She was a member of Temple Adath Yeshurun. Mrs. Serby was predeceased by her husband, Dr. Jesse L. Serby in 1994.
She is survived by her daughters, Carolyn Weinstein, and Naomi Mormol; a son, Dr. Charles Serby; and a sister, Evelyn Lanson; 11 grandchildren; and 22 great-grandchildren. Funeral graveside services will be at 11 a.m. Sunday at Adath Yeshurun Cemetery. There will be no calling hours. Burial will be in Adath Yeshurun Cemetery.