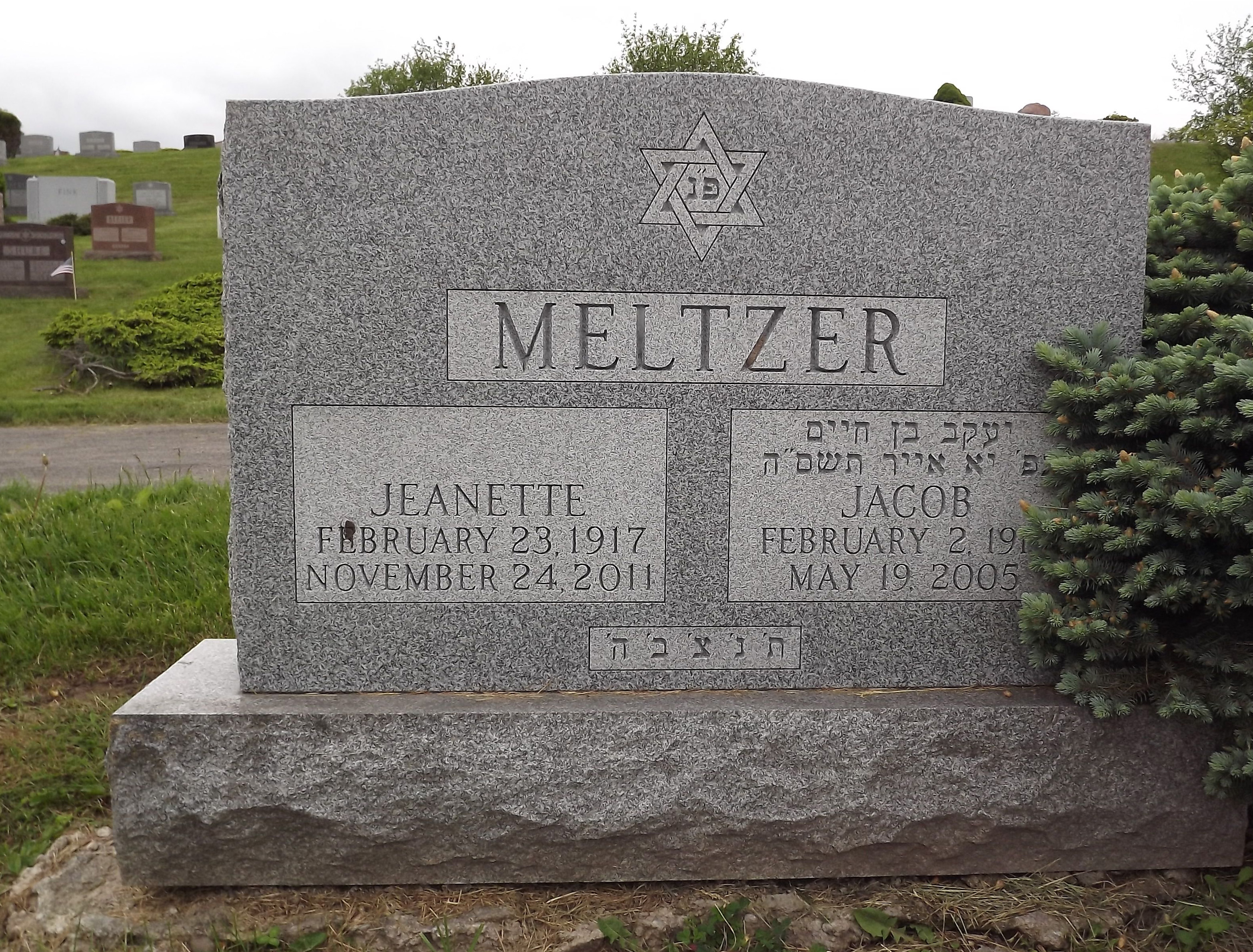 Jeanette Meltzer, 94, died peacefully at her home early Thursday morning. She had been a life resident of Syracuse. Jeanette worked with her husband Jacob, of blessed memory, for many years as the head clerk at H. Meltzer and Sons Auction service of Cicero. It was in 1976, when Tri-State Auto Auctions was founded by Jake, Ben and Elliott, that Jeanette and her beloved sister-in-law, Goldie, opened and managed the cafeteria at Tri-State. Jeanette was an active philanthropist in the Jewish Community of Central New York, a member of Temple Adath Yeshurun, the sisterhood of the temple and a founding member of Pioneer Women. Survived by her son, Elliott of Manlius; her daughter, Elaine (Alan) Goldman of Phoenix, AZ; her grandchildren, Jonathan (Mandy), and Matthew Goldman, and Daniel (Cindy), David (Sharon) and Jason (Micele) Meltzer; her great-grandchildren, Noah, Evan, Rachel and Lauren Meltzer, and Luna, Maya and Jackson Goldman; her brother, Charles Gingold; and her devoted loving companion caregivers, Karen and Duane Dearstein, and Karey Zych. Funeral services and burial are private. Contributions may be made to Temple Adath Yeshurun, the Jewish Federation of Central New York or the Foundation of Menorah Park.
Published in Syracuse Post Standard on November 27, 2011