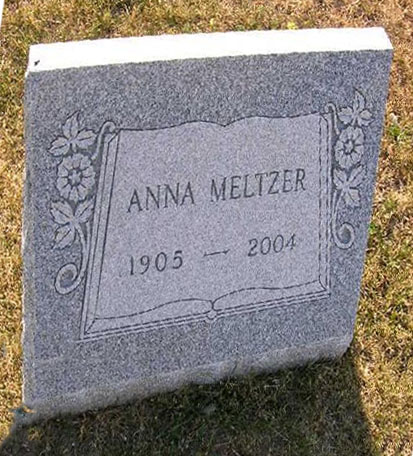 September 4, 2004 Anna Meltzer, 99, born in Bristol, England, and a longtime resident of Syracuse, and Ft. Lauderdale, died Saturday. Mrs. Meltzer returned to Syracuse in 2003 after living in Florida. Anna was associated with her late husband David in Meltzers Bicycle Shop from 1927 until 1963. Anna was a member of Temple Adath Yeshurun. She was predeceased by her husband in 1973 and by her daughter Dorothy Lowitz in 2001. Survived by her sons, Charles and Sanford; eight grandchildren; and nine great-grandchildren. Services and burial were private. birnbaum funeral service, inc
Published in the Syracuse Post Standard on Sept. 6, 2004
Burial Location
O2