Bernard "Bernie" Goldberg August 27, 2010 Bernard Bernie Goldberg, 84, died peacefully at his home early Friday morning. Born in Rome, NY, he was a lifetime resident of Syracuse. He was a graduate of Nottingham High School and attended Princeton University until he was called to duty to serve in the U.S. Army, in the infantry, at the age of 19. He landed in the south of France, fighting through the end of the war. He crawled through France and Germany as a mortar gunner. He was awarded the bronze star in Paris on V-E day. After the war, Bernie returned to Syracuse to continue his education, graduating from Syracuse University in 1948. In 1947, he and his brother, Arnold, founded Raymour Furniture Company, Inc. For the past 20 years, Bernie served as chairman of the board of Raymour and Flanigan Furniture Company, the largest furniture retailer in the Northeast. In 1971 he was president of Temple Adath Yeshurun, the first president to serve at the new and current location on Kimber Road. Bernie was dedicated to his community, actively involved in numerous community and civic organizations. He was particularly proud of receiving the American Heritage Award from the Anti-Defamation League, his citation as a board member of the New York State Division of Human Rights, and as a founding trustee of the Syracuse Jewish Community Foundation of Central New York. Survived by his wife of 61 years, Norma; their children, grandchildren and great- grandson, Marti (Harold) Rifkin and David Rifkin, Samantha and Jeremy Garelick, and Zion Garelick; Neil (Robin) Goldberg and Seth, Shira, Adam and Miriam; Jerry (Sharon) Goldberg and Richard and Michelle; and Steven (Sondra) Goldberg and Dana, Rebecca, and Kara. Funeral services will be 3 p.m. today at Temple Adath Yeshurun. Friends may visit with the family from 1:30 to 3 p.m. today, immediately prior to the service, at the temple, 450 Kimber Road, Syracuse. Burial will be in Adath Yeshurun Cemetery. Contributions in Bernies memory may be made to Temple Adath Yeshurun. Shiva will be observed at the home of his son and daughter-in-law, Neil and Robin. Sisskind Funeral Service LLC 3175 E. Genesee St. 446-4848 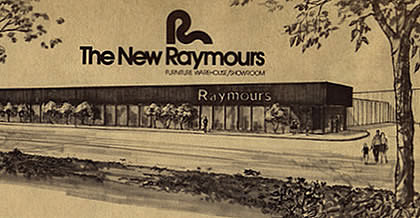