Son of Mr. Morris Lavine who resided in Syracuse, New York. Sanford served as a Second Lieutenant Sanford served as a Second Lieutenant and Bombardier on B-17 #42-29486, 348th Bomber Squadron, 99th Bomber Group, U.S. Army Air Force during World War II. He resided in Onondaga County, New York prior to the war. Sanford was "Killed In Action" when his B-17 was attacked by German fighter planes and crashed near Gerbini, Sicily, Italy during the war. He was awarded the Air Medal and the Purple Heart.
Service # O-733328 His brother, SSGT Harry Lavine, was also "Killed In Action" during the war. They are interred in the same cemetery. 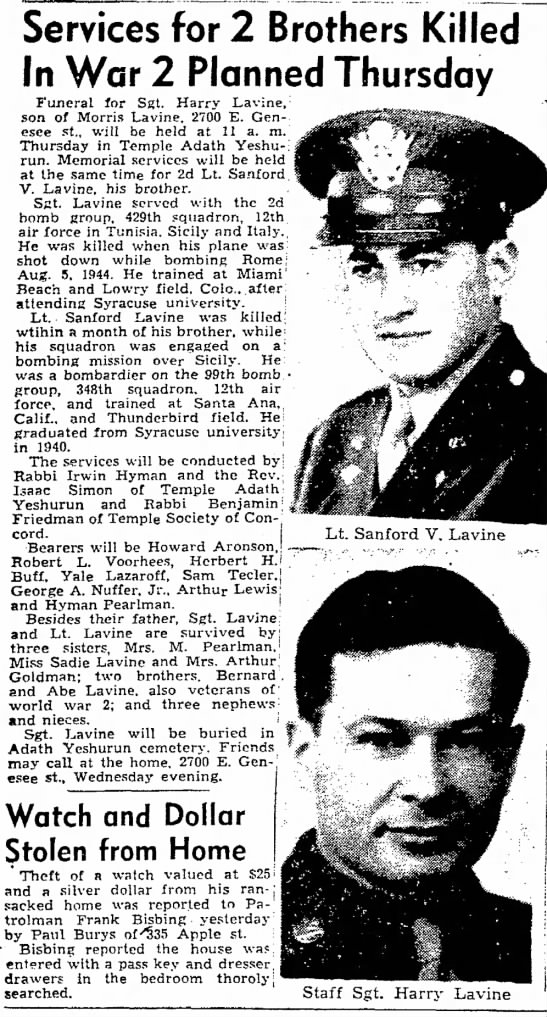