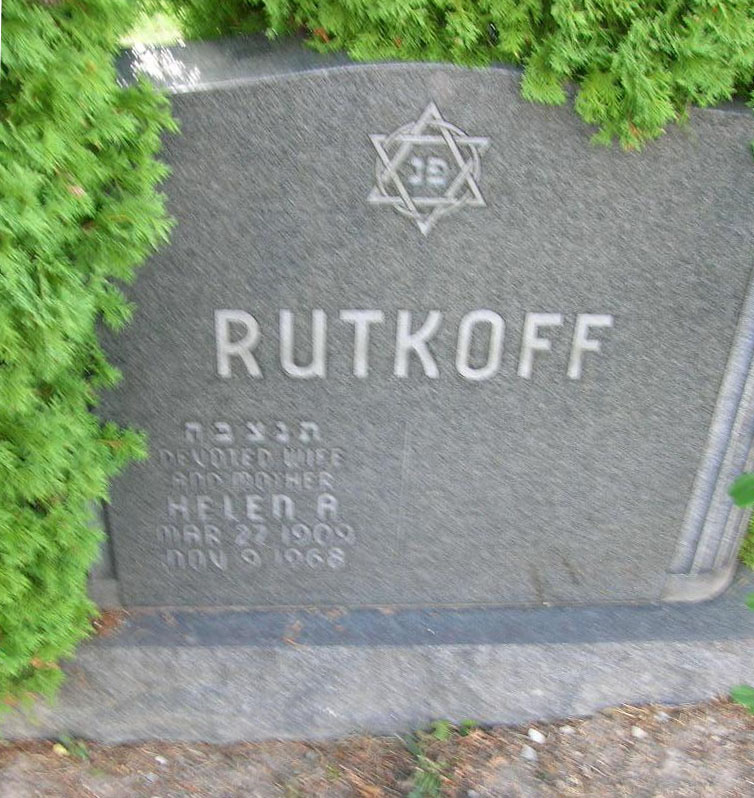 Irving L. Rutkoff
Syracuse Herald-Journal (NY) - Wednesday, September 4, 1991
Everyone knew it as "Irvs." For more than half a century, Irving L. Rutkoff listened to customers ills, gave them advice and filled their prescriptions at his Fayetteville Pharmacy. He died Monday at St. Josephs Hospital Health Center after a long illness. He was 80 and lived at 5 Wynnridge Road, Fayetteville. Mr. Rutkoffs business at 423 E. Genesee St. had the homey touch. There was an old-fashioned soda fountain where villagers gathered to catch up on the latest news. Out-of-town newspapers were set aside each day for customers and photos of Fayettevilles newest citizens were pinned behind the cash register. "This used to be my after-school stop," Sharon Doyle, whose family frequented the store for four generations, said in a 1987 interview in The Post-Standard. "On the way home you stopped at Irvs for a vanilla Coke and a sugar doughnut." Mr. Rutkoff was behind the counter for 56 years, retiring in 1989. He saw a rural farming community evolve into a suburban village. In the 1940s and 1950s when the Fayetteville Summer Playhouse was at its peak, well-known stars -- John Barrymore, Eva Gabor, and Constance Bennett among them -- stopped by. Gloria Swanson was a goats milk fan. When she was appearing at the playhouse, Mr. Rutkoff special-ordered it for her from Gates Farm. The store was crammed to the ceiling with everything from books to medical supplies. In 1984, Mr. Rutkoff proposed modernizing the 100-year-old building but residents objected. They liked it the way it was. "Its like a trip back 30 years to come in here," customer Don McGinnis told the newspaper. Mr. Rutkoff was honored as Marshall of the Fayetteville Memorial Day Parade in 1987. He was a generous contributor to his community, supporting the Little League and the library, and was a charter member of the Lions Club. According to longtime residents, if illness struck in the middle of the night you could call Mr. Rutkoff who would go to his store, prepare the medicine and then deliver it to your home. "He opened Fayetteville for business. He was the one who did it. Everyone loved him," his wife, Janet, said today. Mr. Rutkoff was a life resident of the Syracuse area. He was a graduate of Albany College of Pharmacy and attended Syracuse University. He married Helen Alpert in 1940 and had a daughter, Rici.
After she died in 1968, he married the lovely Janet. He was a member of Temple Adath Yeshurun, Rho Pi Phi pharmaceutical fraternity and Philo-Mt. Sinai Masonic Lodge. Surviving are his wife, the former Janet Pomeranz; a daughter, Rici Rutkoff of Washington, D.C.; a stepdaughter, Anita Joy Greenberg of Schenectady; a sister, Jane Rutkoff of Syracuse; and several nieces and nephews. Services are 11 a.m. Friday at Birnbaum Funeral Chapel, Rabbi Charles S. Sherman and Cantor Harold Lerner officiating. Burial is in Adath Yeshurun Cemetery, Syracuse.