David Jacobs, grew up in a lower East Side Jewish neighborhood (The 15th Ward) and on a small farm in rural LaFayette, owned by his father, Jake Jacobs, an immigrant from Vilna, Lithuania. David was a famous athlete (football, basketball, boxing) who matriculated at Vocational High School and for one year at The Manlius School. He was awarded a scholarship to Carson-Newman College where he played football and then returned home to begin a professional boxing career, culminating in the heavyweight championship of New York State. "Jacobs" was not his fathers original last name. He was one of those re-named. He never discussed much about his family origin, or the real last name, something like "Rifkinovitz." 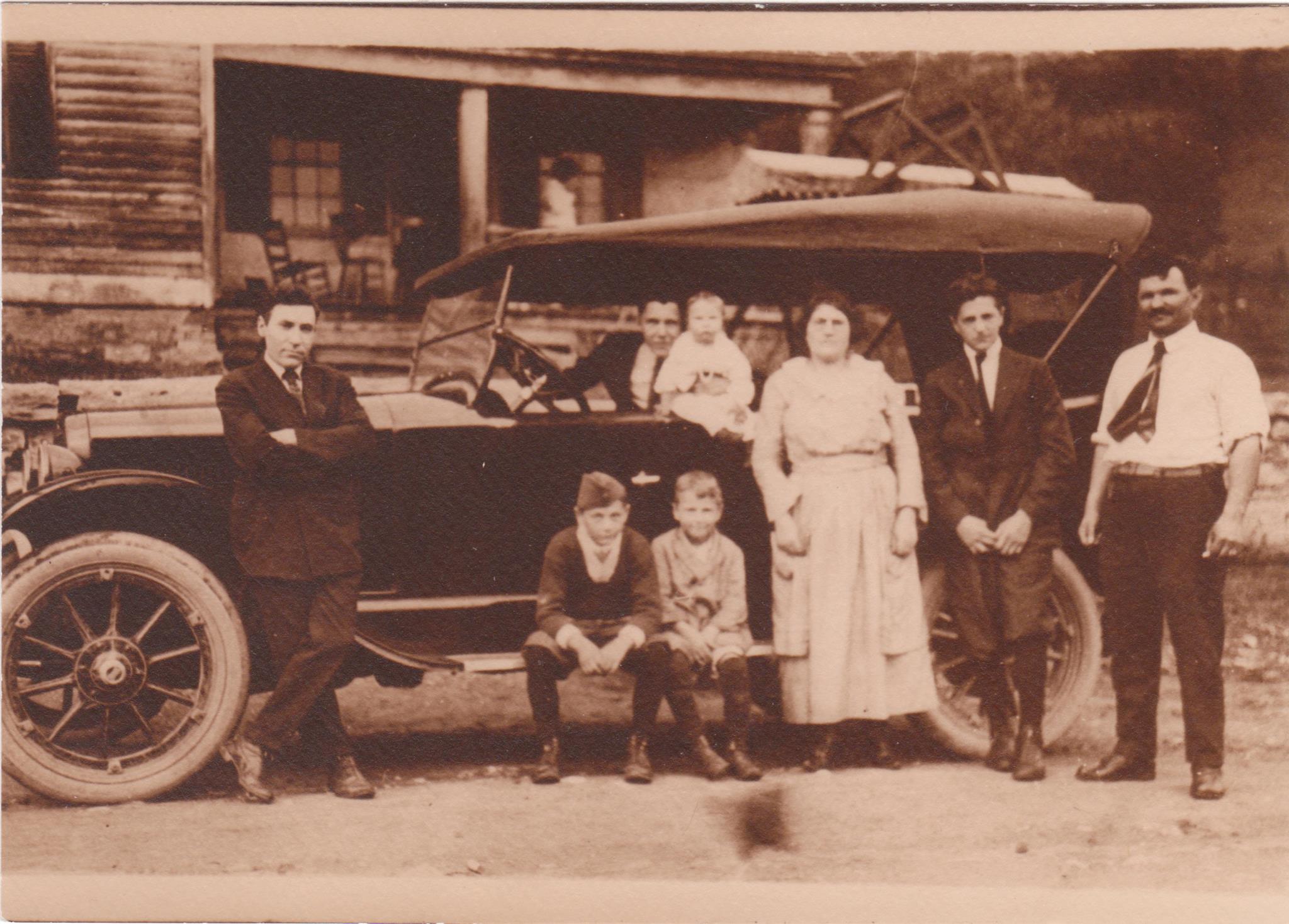 Some of the Jacobs family who lived on Burt Street in 1919: Jake (rt) a peddler; my father Dave between Jake and Anna (Matlow). Daves brothers were Eli, Max, Jack (Isadore), Mike (Moses) and Joe (who later became a stage actor, J. Robert Breton). The only girl was Thelma. At left is Abe Matlow who moved to Rochester. He could conduct a seder at mach speed. Joe is the blond boy sitting on the running board next to Anna, so that must be Mike (Moses) next to him. Jack (Isidore) and Max are not in the pic.