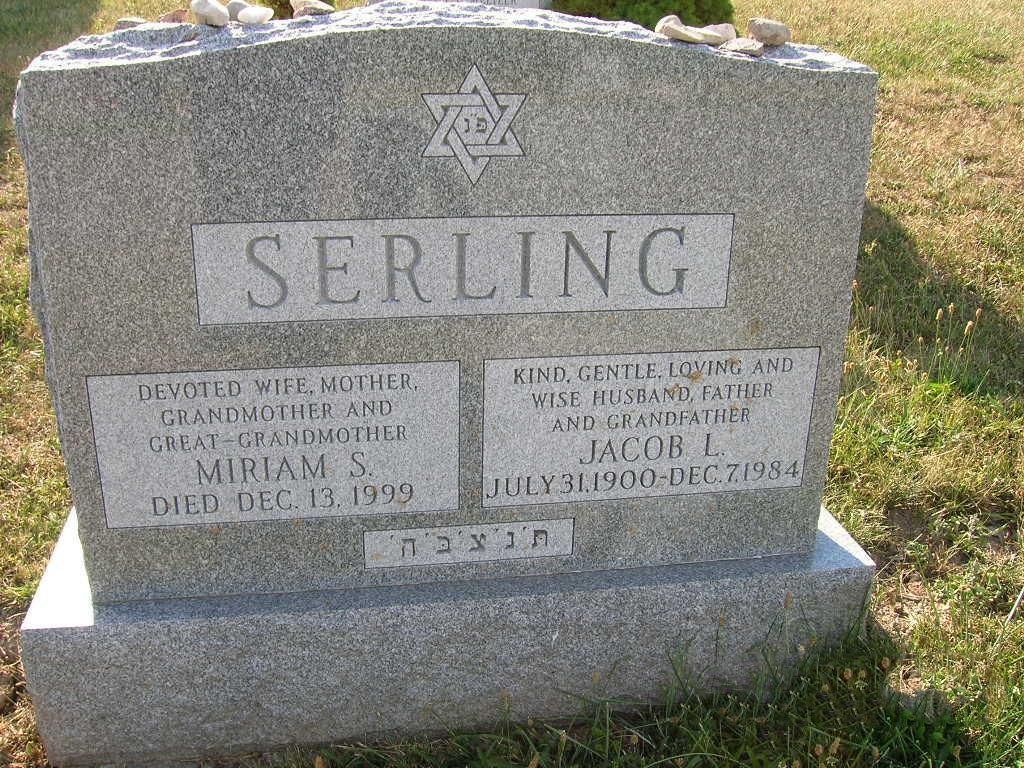 Miriam Styne Serling of 108 Guilford Road,Syracuse,died Monday at Crouse Hospital. She was born in Chicago. She was employed with Dey Bros., working as a fashion model and in the cosmetics department, and also was employed at Kaufmann\'s, DeWitt. She was a member of Temple Adath Yeshurun, the temple\'s Sisterhood, the Jewish Community Center and Lafayette Country Club. She was a former member of Hadassah.