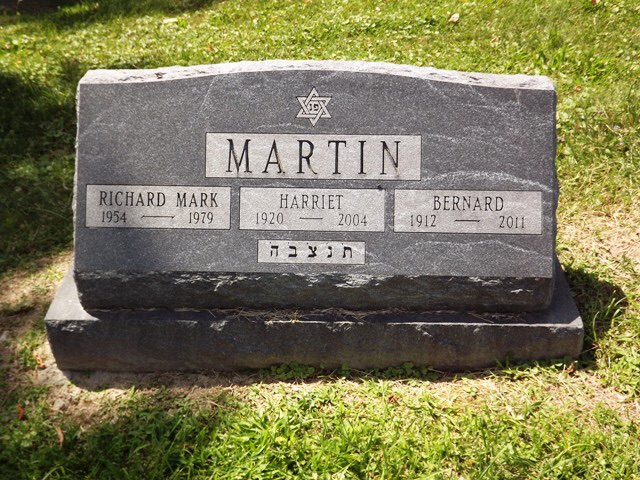 
Bernard "Bernie" Martin, 99, died Tuesday night at Menorah Park. Bernie and his late wife, Harriet, were the proprietors of Martins Liquor Store on S. Salina St. Bernie was a veteran of WW II, having served in the U.S. Army in North Africa and Italy. He was a member of the Disabled American War Veterans, Onondaga Post 131 Jewish War Veterans, and Temple Adath Yeshurun. Survived by several nieces and nephews. Graveside service will be at 10:30 this morning in Adath Yeshurun Cemetery. Contributions may be made to Menorah Park or Temple Adath Yeshurun.