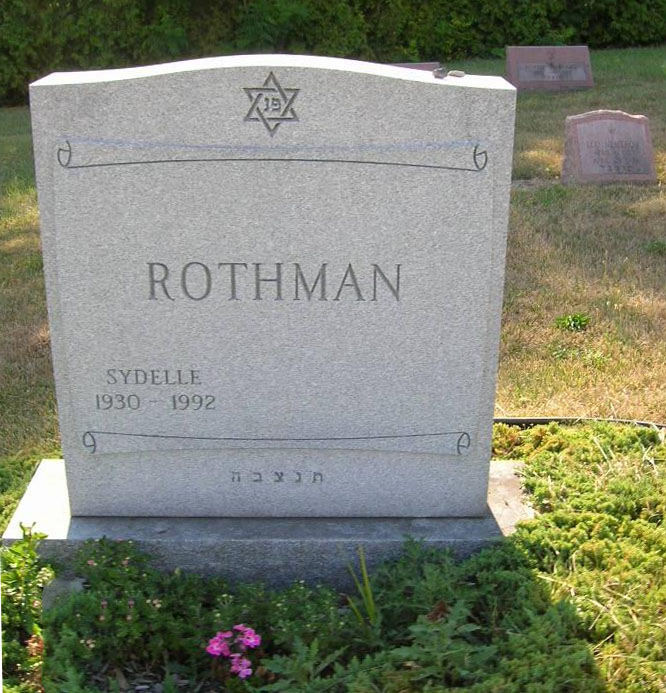 Deceased Name: SYDELLE ROTHMAN DIES AT 62 HONORED BY JEWISH COMMUNITY
Sydelle Rothman , 62, of Kimry Moor, Fayetteville died Tuesday at St. Josephs Hospital. A native of Brooklyn, Mrs. Rothman lived in Syracuse since 1958. She was a graduate of Brooklyn College. Mrs. Rothman taught nursery school at the Jewish Community Center for 20 years and was director of its youth program from 1958 to 1974. In 1976, Mrs. Rothman became director of the centers seniors program and originated the weekday Kosher meal program at the center. She retired in 1985. Mrs. Rothman was honored in 1986 by the Jewish Community Center for outstanding contributions to youth and seniors. She also was cited by the Jewish Home of Central New York for her work on behalf of senior citizens. Mrs. Rothman was a member of Temple Society of Concord, its Sisterhood and the Auxiliary of the Jewish Home of Central New York. Surviving are her husband, Martin; two daughters, Brenda Hoffman of Manlius and Meryl Ziegler of Jamesville; a brother, Stanley Mazer of Baltimore; four grandchildren; and several nieces and nephews. Services will be at 2 p.m. Friday at Birnbaum Funeral Chapel, Rabbis Charles S. Sherman and Sheldon Ezring and Cantor Harold Lerner officiating. Burial will be in Adath Yeshurun Cemetery. Calling hours will be 12:30 to 2 p.m. Friday at the funeral home, 1909 E. Fayette St. After the services, friends may call at the home of her daughter, Meryl Ziegler, at 102 Luan Circle, Jamesville.