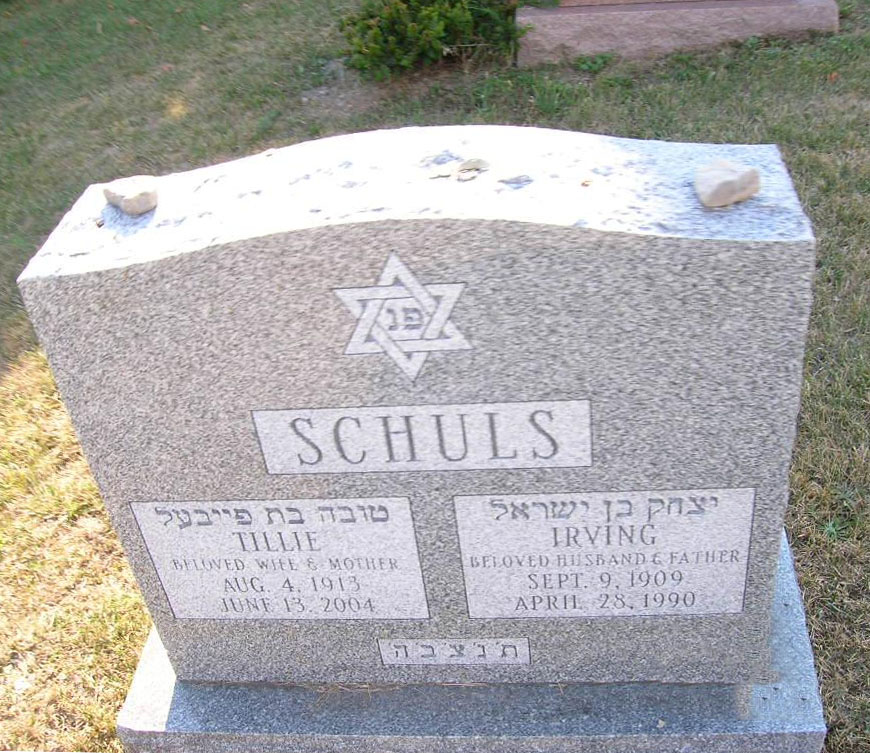 
Post-Standard, The (Syracuse, NY) - Tuesday, June 15, 2004
Tillie Schuls May 28, 2004
Tillie Schuls, 90, formerly of Dewitt, died at Crouse Hospital. Mrs. Schuls was a life-resident of Syracuse. Tillie was a sales associate of women\'s clothing for the E.W. Edwards Co. until retiring in 1978. She was a member of Temple Adath Yeshurun, the sisterhood of the Temple, and the seniors group at the JCC. Tillie was predeceased by her husband, Irving in 1990. Survived by her son, Philip (Joan); her daughter, Sandra (Phillip) Schwartz; grandchildren, Renee, Erik, Laurie, and Michelle; and four great-grandchildren. Funeral services will be conducted 2 p.m. Wednesday at Birnbaum Funeral Chapel. Calling hour from 1 to 2 p.m. Wednesday at the funeral chapel, 1909 E. Fayette St. Burial will be in Adath Yeshurun Cemetery.