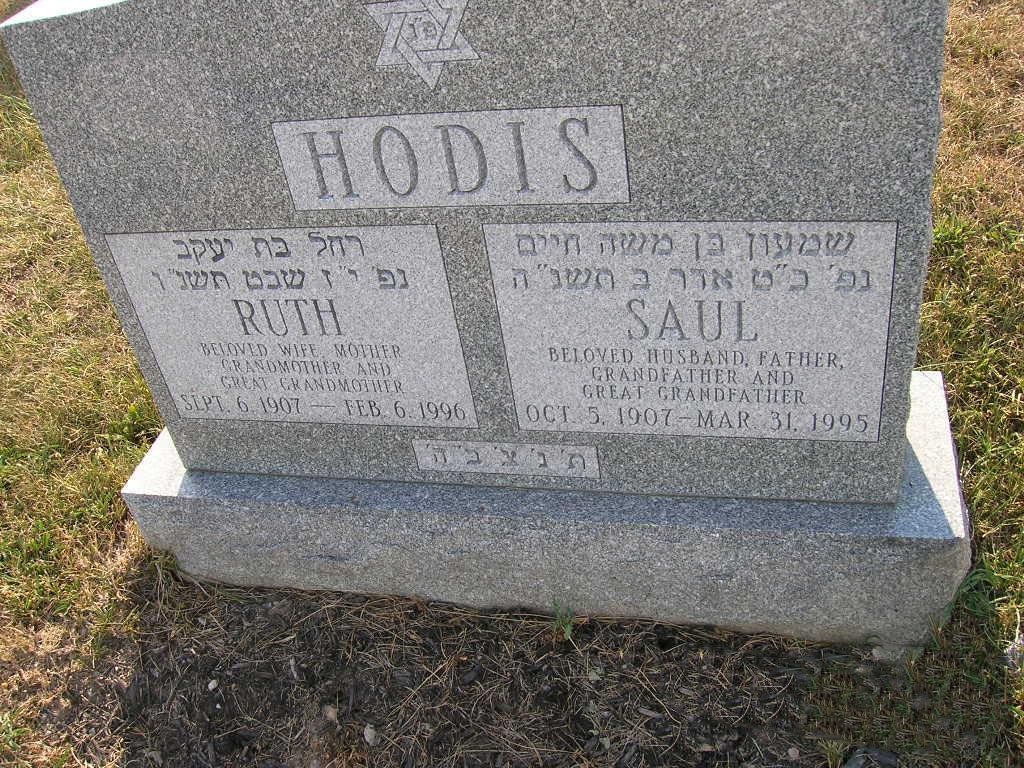 
Syracuse Herald-Journal (NY) - Monday, April 3, 1995
Saul Hodis, 87, of 4101 E. Genesee St. died Friday at St. Josephs Hospital. Mr. Hodis was a native of Lithuania and had lived in Syracuse for 70 years. He was a cattle dealer in Central New York for more than 50 years. Mr. Hodis was a member of Temple Adath Yeshurun, its Mens Club and the Odd-fellows. He was a member of Temple Adath Yeshurun and its Mens Club. Surviving are his wife, Ruth; a son, Mel of Newburgh; two daughters, Lois Goldberg of Fayetteville, and Shirley Kaitz of Jamesville; nine grandchildren; and four great-grandchildren. Services will be at 1 p.m. today at Temple Adath Yeshurun. Burial will be in Adath Yeshurun Cemetery. Friends may call after services at his daughters home, 503 Kimry Moor, Fayetteville.
Burial Location
261