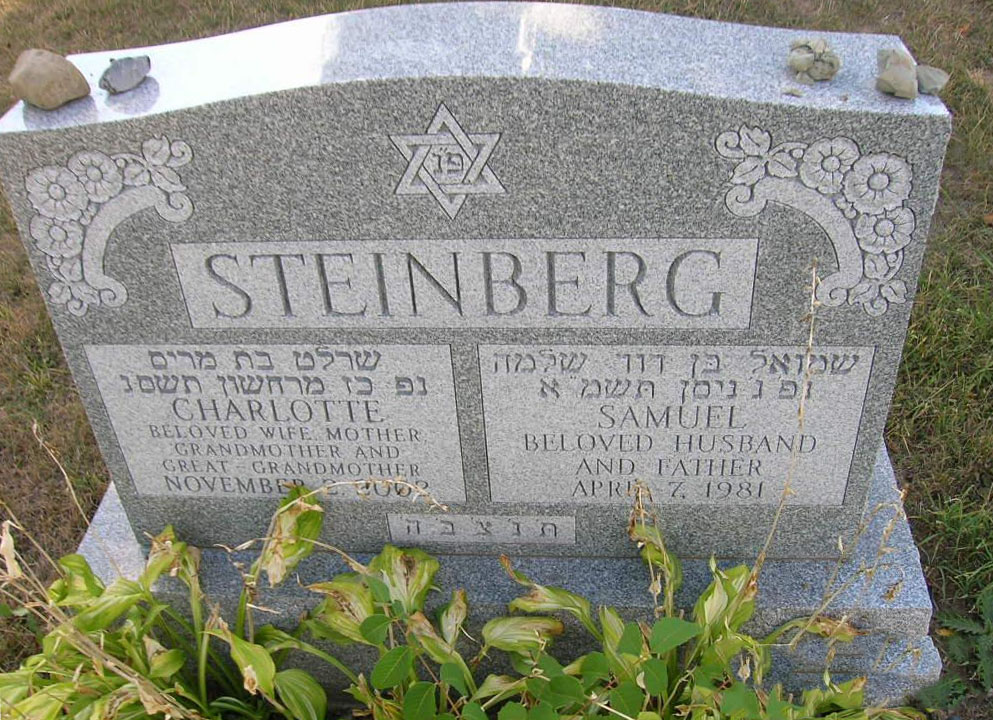 Samuel Steinberg of 131 Alpine Drive, DeWitt, died April 7. Mr. Steinberg was a printer with the Syracuse Newspapers for 42 years, and was a makeup man and copy cutter. He retired in 1969 and was honored at a retirement party at the Pastime Athletic Club. Mr. Steinberg was born in Kobrin, Russia, and came to the United States in 1906. He lived in Syracuse most of his life. He was honored as a 40-year member of the Syracuse Typographical Union, Local 55. He was a member of Temple Beth El and the Jewish Community Center. Surviving are his wife, Charlotte; a son, Edward Steinberg, Jamesville; four brothers, Eli Steinberg, Syracuse, Myer Steinberg of North Miami Beach, Fla., Jules Steinberg of Delray Beach, Fla., and Irving Steinberg of Utica; a sister, Etta Cohen of North Miami Beach; and two grandchildren. Services were scheduled for Friday at the Birnbaum Funeral Chapel. Rabbi Charles S. Sherman, Rabbi Eliot Feldman and Cantor Harold Lerner were to officiate. Burial was in Adath Yeshurun Cemetery.
April 15 1981 Eagle Bulletin
Burial Location
O32