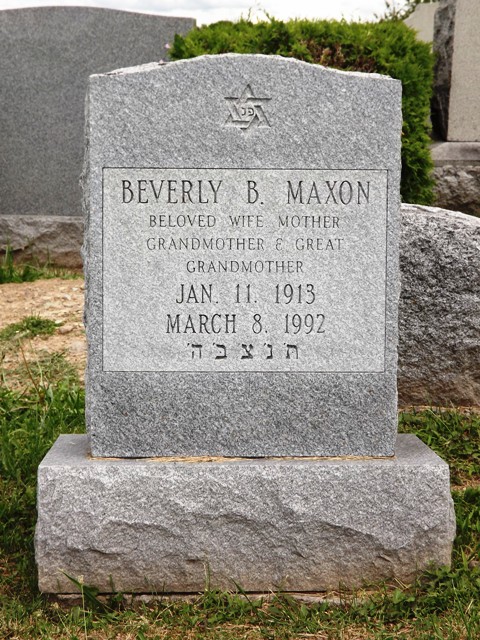 Mr. Maxon founded A and E Window Center with his wife, Beverly, in 1942. The couple ran the Venetian blind manufacturing and window covering business until retiring in 1982. The business began on Butternut Street, moved to South Salina Street and later was located on lower James Street. Mrs. Maxon was a member of Temple Adath Yeshurun, and was active in the temples former bingo program. For years, the couple coordinated the activities of Temple Adaths Seniors group. His parents marriage was a close one, Stephen Maxon said. "He and my mother were just like kids right up until the time they went. They were really a pleasure to be with." Surviving are two sons, Barry of Syracuse and Dr. Stephen of Livermore, Calif.; three grandchildren; and a great-grandson.