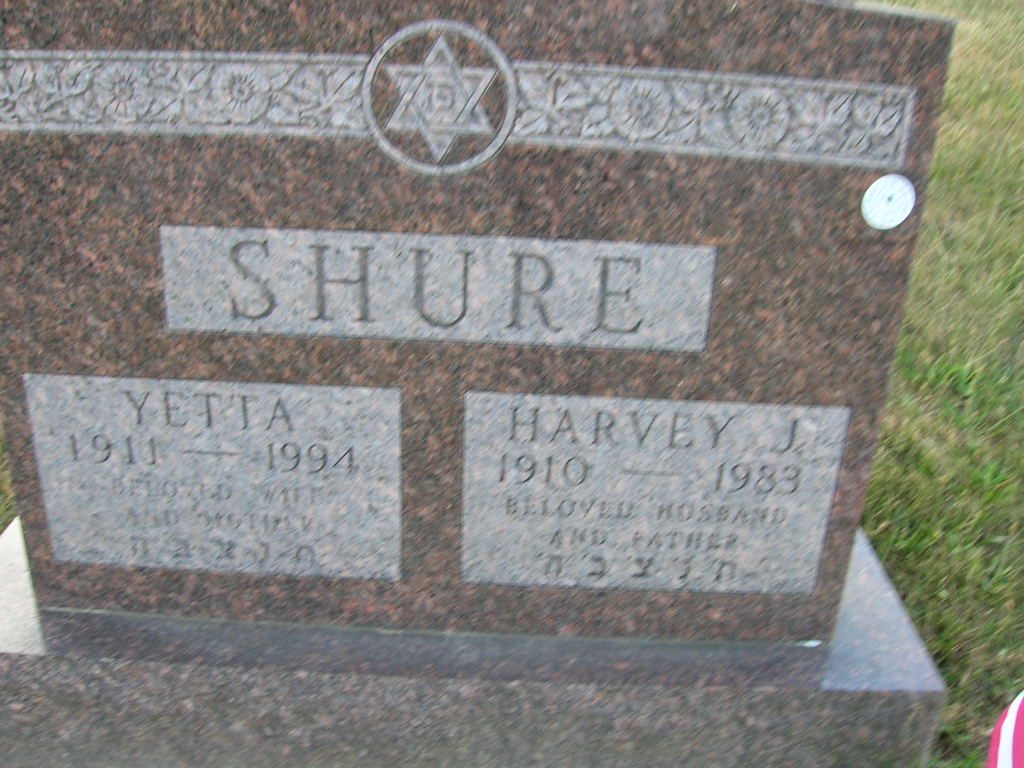 Yetta Shure, 82, of Jamesville and Singer Island, Fla., died Saturday at her daughter\'s home. Mrs. Shure was a life resident of the Syracuse area. She was the co-founder of Harvey\'s Drive-in and Restaurant on Erie Boulevard East in DeWitt, from which she retired in 1972. Mrs. Shure was a member of Temple Society of Concord, Temple Sisterhood, Temple Senior Group and the Auxiliary of the Jewish Home of Central New York. Surviving are two daughters, Sandy Stull of DeWitt, and Linda Abramowitz of Potomac, Md.; two brothers, Reuben Kassel of Jamesville, and Bernard Kassel of Fayetteville; six grandchildren, eight great-grandchildren; and several nieces and nephews.
Services will be at 11 a.m. today at Birnbaum Funeral Chapel. Burial will be in Adath Yeshurun Cemetery.
Calling hours will be 10 to 11 a.m. at the funeral chapel, 1909 E. Fayette St. Contributions may be made to Temple Society of Concord or Hospice of Central New York.