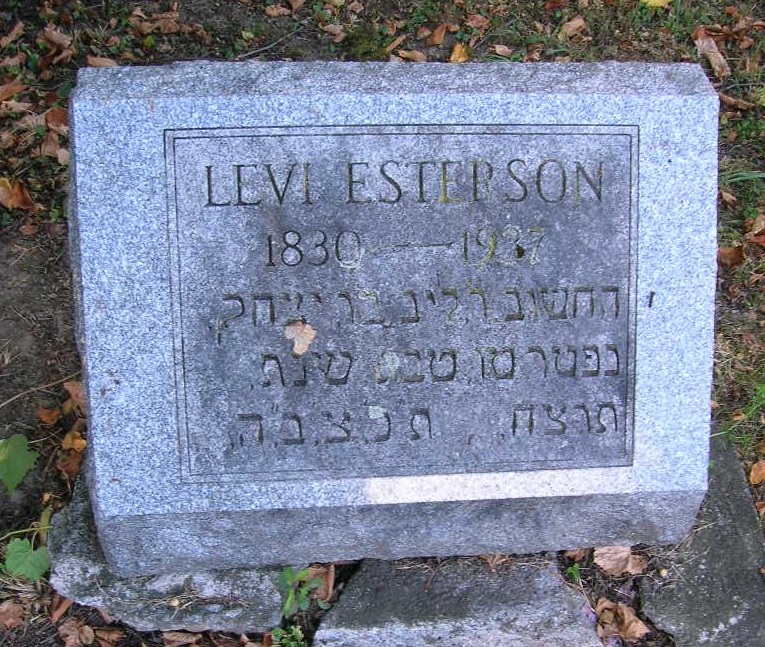 
Last rites for Levi Esterson, 106, oldest inmate of the Jewish Home for the Aged, who died there at 4 p.m. yesterday, were conducted at 2 p.m. today at Birnbaums funeral chapel by Rev. Moses Braude. Burial was in Adath Yeshurun cemetery.
Although he had been in failing health the past three months, his death came unexpectedly. Members of his family visited him at the home yesterday morning. Born in Russia, he came to this city 65 years ago and was a dealer in second hand goods for many years. In 1896 he became a citizen of the United States. Mr. Esterson, who retired 20 years ago, made his home, with a daughter, Mrs. Rachael Butin, at 769 Irving
av., before going to the Jewish Home for the Aged in 1931. His wife, Mrs. Dora Esterson, died Dec. 23, 1909. He never was forced to use glasses and remained active until the past three months. Surviving are his daughter, Mrs. Butin; two sons, Isaac and Emanuel Esterson, all of this city; 14 grandchildren and 23 great-grandchildren. Mrs. Butin is 75 years old, Isaac and Emanuel are 65 and 52 years old, respectively.
Syracuse Journal Dec 20 1937 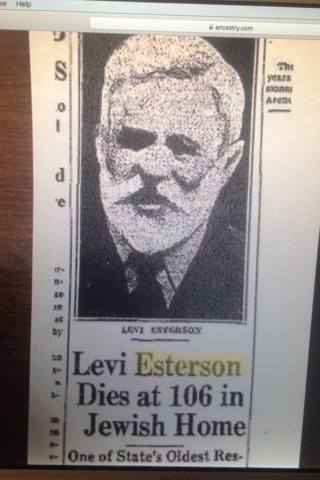